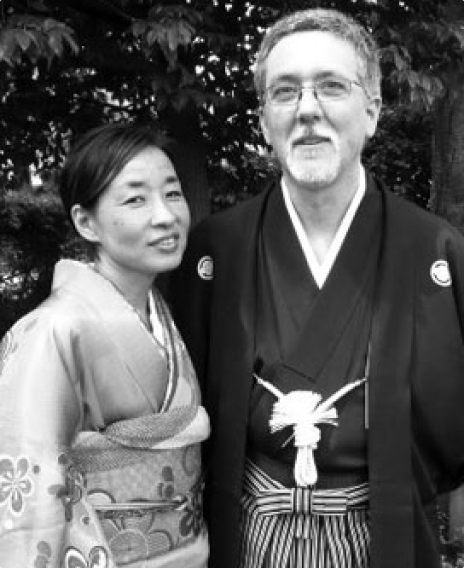 Darren and Minako Polischuk, founders of Work of Your Hand, worked under the umbrella of the Christian & Missionary Alliance (C&MA) in Japan. There they had the opportunity to travel to impoverished countries to distribute “giftboxes” to poor children. Their hearts were wrenched as they witnessed marginalization and injustice against those who could least protect themselves. They saw rickety houses with underdressed children, felt the oppressive heat, smelled the rotting garbage and heard story after story of poverty and destitution. People living in garbage dumps or grave sites; people living off meagre feeding programs were doing anything to survive, even undignified work. Children who started off picking garbage were being rented or sold to brothels by their own parents; the needs seemed overwhelming.

Each poor community did what they could to survive. Since no one would hire them, the poor became entrepreneurs and created crafts to try and support themselves. Some of the crafts were beautiful and the people very resourceful. So they thought, why not purchase these crafts and sell them in first-world nations, and reinvest the profits back into these needy communities? This thought became the impetus in 2009. Work of Hand then worked with development organizations that helped the poor in Laos, Philippines and Indonesia.

In 2015, Work of Your Hand started its own vocational ministry on the ground, as the Polischuks moved to Cambodia where they started social economic businesses in order to help provide on the job vocational training for the poor and marginalized.

Todd has had a successful career in Manufacturing and Marketing/Trading over the past 30 years with PDS Railcar Services (President/GM) and Elbow River Marketing (Officer/Vice President – Marketing/Trading). He is currently involved in a number of Boards of private companies of which he is also an investor. He is married to Kellie and have 3 great young Christian musicians as sons. Together, Todd & Kellie love to travel, experience, meet people and to serve wherever they can. He loves sports and participates in whatever he can on a daily basis. He has been privileged to call Darren and Minako friends and is a proud supporter in their Work of your Hand ministry.

Carol served as an International Worker in Japan with C&MA (Christian and Missionary Alliance) Canada from 1991 to 2018. Together with assisting in church planting and discipleship ministries in various parts of Tokyo, she provided financial management services at both local and regional (Asia) levels for the C&MA, as well as for other mission groups in Japan and several other non-profit organizations. She now oversees all international finances for C&MA Canada from her home in Calgary. Carol worked alongside Minako and Darren (WYH founders) when they came to Japan from 2004 to 2008. She has four TCK children currently living in three different countries.

Ian has served as Pastor at Foothills Alliance Church for the past 18 years. He is married to Joyce and has three kids and the most awesome granddaughter the world has ever seen. Ian loves virtually every sport ever played (but still doesn’t understand cricket!) He is passionate about his family and loves to travel to see the wonders of the world God has called us to serve. He has been privileged to serve as Darren and Minako’s pastor over his years in Calgary and has found great joy in watching Work of Your Hand emerge as a vital and vibrant ministry in shaping lives and transforming stories.

Randy is married to Kathy and they have three adult children, Chris, Elisa, and Jared. He spent 19 years in Ottawa where he worked for the federal government. While in Ottawa, he and his wife had the opportunity to serve on the leadership teams of a number of church plants. He also pastored a C&MA church in Ottawa for two years. In 2011, Randy and his family made the move back home to Calgary (his hometown) where he now works as an Associate Professor and Chair of the Business Program at Ambrose University.

Jacquie has re-joined the staff at WYH as Operations Manager. She enjoys creating pathways for people to use their gifts to serve others, and is grateful to be part of a team that is passionate about sharing the hope of Jesus.

Irene has been part of many non-profit organizations in the past and brings decades of experience to this position. She is great with numbers and is so willing to go the extra mile, especially when it comes to helping those in need.

Irene can be reached at irene@workofyourhand.com